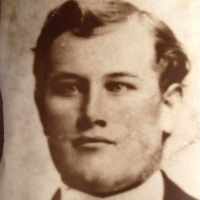 The Life Summary of Hyrum Albert

Put your face in a costume from Hyrum Albert's homelands.

Auto Biography of Hyrum A. Anderson

life's sketch of Hyrum Anderson. (This was written in his own had in his later years..spelling remains the same) I was born March 9th 1881 at Lehi, Utah on my father's birthday. Father is Andrew Ras …