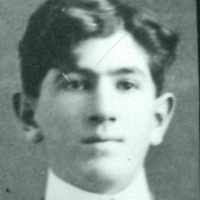 The Life of Carter Eldredge

Put your face in a costume from Carter Eldredge's homelands.

Statue of Liberty is dedicated.
1895 · Bountiful Shrinks in Size

During November, both the cities of Woods Cross and West Bountiful voted to separate from the main city of Bountiful. This caused the cities' land area to decrease by nearly ten and a half square miles.
1908 · The Bureau of Investigation is formed

The following account was taken from my Carter E. Grant’s Journal Monday, June 1, 1925, Emeline, our eight-year-old daughter took sick with blood poison from a sore on her knee. Thursday, June t …