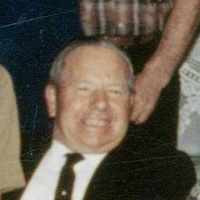 The Life of Arnold George

Put your face in a costume from Arnold George's homelands.

The People’s State Bank of American Fork was built in 1911. The Bank of American Fork operated out of the two story, classical revival building until the Great Depression, when the Consolidated Holding Company took over. The building still stands and was added to the National Register of Historic Places in 1993.
1923 · The President Dies of a Heart Attack

Arnold George Adamson was born June 9, 1903 in American Fork, Utah the first son and third child of David Hutchinson Adamson and Jessie Diantha Myers. The house in which he was born was located near t …