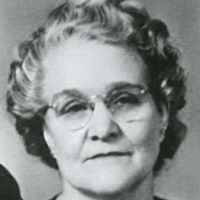 The Life of Mariah Ann

Put your face in a costume from Mariah Ann's homelands.

Garfield was shot twice by Charles J. Guitea at Railroad Station in Washington, D.C. on July 2, 1881. After eleven weeks of intensive and other care Garfield died in Elberon, New Jersey, the second of four presidents to be assassinated, following Abraham Lincoln.
1898 · The Ogden Utah Sugar Factory Opens

The Ogden Utah Sugar Factory harvested sugar from beets because sugar cane was hard to grow in northern Utah. During World War, it was hard to get sugar beet seeds, so the company started to harvest the seeds of the beets they were using. The Company merged with a factory in Logan to create the Amalgamated Sugar Company which is still operational today.
1904