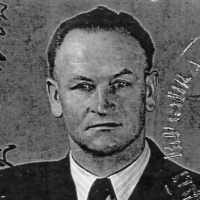 The Life of Wilhelm

Put your face in a costume from Wilhelm's homelands.

In a 37- acre plowed field in  a state park in Murfreesboro, Arkansas visitors are able to go looking for diamonds. This was the site for the first diamond discovery in 1906. Through the years more than 33,100 diamonds have been found at the Crater of Diamonds.
1914

Archduke Franz Ferdinand of Austria-Hungary and his wife were assassinated in Sarajevo, Bosnia-Herzegovina provoking World War I.
1927 · Land Covered in Dinosaur Fossils

German:1. from a short form of the personal name Krischan, a Slavic variant of Christian . 2. nickname for a loud person from Slavic krič ‘crier’ or a topographic name from Slavic křiž.