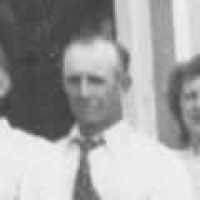 The Life of Sherman James

Put your face in a costume from Sherman James's homelands.

Like the Boy Scouts of America, The Girl Scouts is a youth organization for girls in the United States. Its purpose is to prepare girls to empower themselves and by acquiring practical skills.
1913 · Franklin County is Formed

Efforts to realign Oneida County became the top priority on the political agenda as the county seat was fifty miles away from Preston. They succeeded in their efforts and the bill to create Franklin County was passed on January 30, 1913.
1925 · Lorenzo E. Hansen Elected Mayor

Lorenzo E. Hansen was elected as mayor in 1925 and served five consecutive terms. As mayor, Hansen placed permanent garbage cans at prominent places and organized special projects to provide work for those affected by the Great Depression. Their pay was in the form of regulated orders filled by local merchants. Items such as gum, candy, cigarettes, and liquor were prohibited through this program.