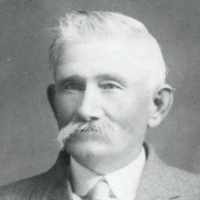 The Life Summary of Thomas Waters

Put your face in a costume from Thomas Waters's homelands.

English (mainly Lancashire): occupational name for a picker of fruit or vegetables or a reaper of cereal crops, from cropper(e) ‘one who reaps crops or trims trees’, an agent derivative of Middle English cropt(en) ‘to pick’. The word was used also to denote the polling of livestock and the name may therefore have been given to someone with this responsibility.