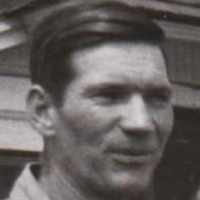 The Life of Karl Elwyn

Put your face in a costume from Karl Elwyn's homelands.

The Prohibition Era. Sale and manufacture of alcoholic liquors outlawed. A mushrooming of illegal drinking joints, home-produced alcohol and gangsterism.
1923 · President Harding visits Utah to get to know the people.

President Warren G. Harding's visited Utah as part of a broader tour of the western United States designed to bring him closer to the people and their conditions. After Speaking at Liberty Park, the president went to the Hotel Utah where he met with President Heber J. Grant and talked to him about the history of the church.
1935 · The FBI is Established