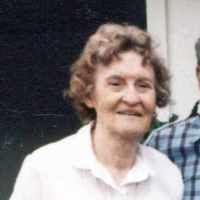 The Life of Ruby Nodena

Put your face in a costume from Ruby Nodena's homelands.

Being modeled after the Boy Scout Association in England, The Boy Scouts of America is a program for young teens to learn traits, life and social skills, and many other things to remind the public about the general act of service and kindness to others.
1931 · The Parthenon is Built

In 1931, a full scale replica of the Parthenon in Greece was erected in Nashville, Tennessee. The Parthenon was meant to be temporary, but became a permanent part of Tennessee culture. It also has a replica of the statue of Athena the Goddess of War.At the same time a city over Memphis built  giant pyramid replica to remind everyone what the city was named for.
1935 · The FBI is Established