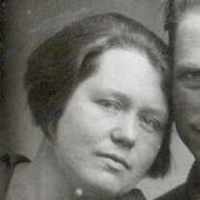 The Life of Gwendolyn

Put your face in a costume from Gwendolyn's homelands.

A law that funded many irrigation and agricultural projects in the western states.
1907 · Nebo Stake Tabernacle Is Dedicated

#MeetMyGrandma Okelberry. She taught me how to deal with hard things. We all grew up knowing “Little Mary.” Grandma would show us Mary’s picture as she stood by a little buggy. We would see her ey …