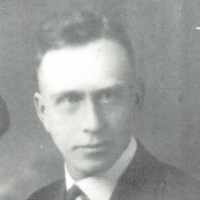 The Life of George Willard

Put your face in a costume from George Willard's homelands.

This Act tried to prevent the raising of prices by restricting trade. The purpose of the Act was to preserve a competitive marketplace to protect consumers from abuse.
1911

I was born on the 9 of June 1889 in Fairview, Wyoming. My parents are James Frederick Brown who is the son of Captain James Brown, and Cecilia Robella Carnue, my mother, Esther a milia Marriott is the …