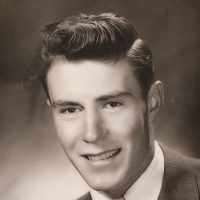 Put your face in a costume from Russell Ranzenberg's homelands.

With the construction of 41,000 miles of the Interstate Highway System, the Federal Aid Highway Act made way for the largest public works project in American history at that time. One of the purposes was to provide military access to places in case of an attack.
English, Scottish, and Irish: generally a nickname referring to the color of the hair or complexion, Middle English br(o)un, from Old English brūn or Old French brun. This word is occasionally found in Old English and Old Norse as a personal name or byname. Brun- was also a Germanic name-forming element. Some instances of Old English Brūn as a personal name may therefore be short forms of compound names such as Brūngar, Brūnwine, etc. As a Scottish and Irish name, it sometimes represents a translation of Gaelic Donn. As an American family name, it has absorbed numerous surnames from other languages with the same meaning.

I remember Russell talking about how he never even thought about going to the gym and thought it was a funny idea because he got all of his exercise in by hauling hay bales every day. He explained how …