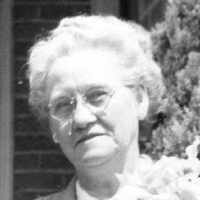 The Life Summary of Rebecca Petro

Put your face in a costume from Rebecca Petro's homelands.

English: from the Middle English personal name Atkin (composed of Ade + the diminutive suffix -kin). This is one of the many medieval pet forms of Adam . Compare Scottish Aitken .

Sewing, Cheeseburgers, and Prayers with Grandma.