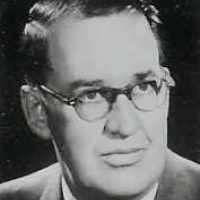 The Life of Elmo Reed

Put your face in a costume from Elmo Reed's homelands.

A short-lived Cabinet department which was concerned with controlling the excesses of big business. Later being split and the Secretary of Commerce and Labor splitting into two separate positions.
1904 · Hobble Creek Hydroelectric Power Plant

The Hobble Creek Hydroelectric Power Plant was completed in 1904. Many poles and wires were installed to bring power into the town and its homes. The plant is still in operation today.
1927

English:1. from a diminutive of Black . 2. nickname for a person with dark hair, or a topographic name for someone who lived by a dark headland, from Middle English blak(e) ‘black’ + heved ‘head’.

My mother wrote the following in a Book of Remembrance Personal Record for my father . . . . “Elmo attended grade school including 4th grade at the Jefferson School and 5th and 6th at the Washingt …