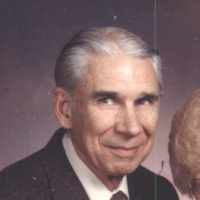 The Life of Roland Othell

Put your face in a costume from Roland Othell's homelands.

German: from Middle High German bābes(t) (modern German Papst) ‘pope’, a nickname for a self-important person, one who believed in the infallibility of his own opinions.

Roland Pabst (my Dad), born 16 June 1919, was a high school teacher in Roosevelt, Utah for a couple of winters. He taught history and maybe one or two other subjects. This was right after we moved to …