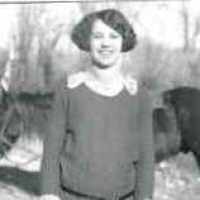 The Life of Redelia Ethel

Put your face in a costume from Redelia Ethel's homelands.

The Cathedral of the Madeleine is a Roman Catholic church that was completed in 1909 and currently serves as a cathedral for the Catholic community in Salt Lake City. It is the only cathedral in the U.S. under the patronage of St. Mary Magdalene.
1929

Northern English: topographic name for someone who lived on or by a ridge, Old Norse hryggr. Compare Ridge .