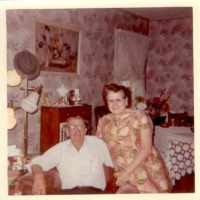 The Life of Earl George

Put your face in a costume from Earl George's homelands.

written by Granddaughter Connie Jean Birch Andersen Grandpa White took our Family camping and fishing several times when I was younger than 13. We always had a good time. Grandpa was an a …