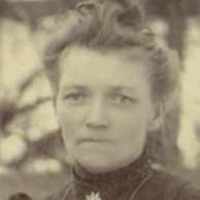 The Life of Sarah Ann Eliza

Put your face in a costume from Sarah Ann Eliza's homelands.

Letter to her descendants

Letter written by Sarah Ann Eliza Brockbank Hales Spanish Fork, UT March 15, 1943 To my Descentants, We learn through our Relief Society President that the General Board desires each ward in ou …