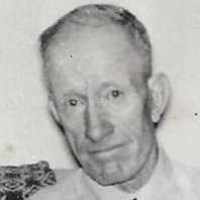 I was very young but I remember going to grandpa Richardson's and riding the hay wagon when grandpa would get to the driveway. I remember him saddling an old white gelding Named Candy Kisses and us ki …