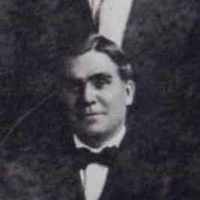 The Life Summary of Charles Albert

English and Irish (of Norman origin): habitational name from the French port of Calais.Greek: variant of Kallis .