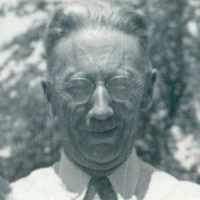 The Life of Alfred

Garfield was shot twice by Charles J. Guitea at Railroad Station in Washington, D.C. on July 2, 1881. After eleven weeks of intensive and other care Garfield died in Elberon, New Jersey, the second of four presidents to be assassinated, following Abraham Lincoln.
1896 · Palm House Opens

In 1896, the Palm House opened. It was designed by Mackenzie and Moncur of Edinburgh. It was designed in the tradition of Joseph Paxton's glass houses and originally had a rich collection of exotic plants.
1901 · Assassination of Mckinley

English: apparently a habitational name, from an unidentified place, perhaps in East Anglia, where the surname is most common today.

A History of Ellen Emily Pearcey Gladwell and Alfred Gladwell

A History of Ellen Emily Pearcey Gladwell and Alfred Gladwell Prepared by their eldest son, Louis A. Gladwell, 1982 Both my parents were born in England in rather humble circumstances. Dad was bor …