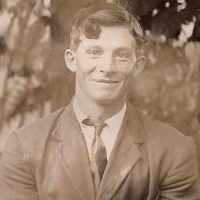 The Life of Joseph Hyrum

The Genealogical Society of Utah is formed. - A precursor society to FamilySearch, the GSU was organized on November 13,1894, in the Church Historian's Office of The Church of Jesus Christ of Latter-day Saints.
1907 · Not for profit elections

1 English: nickname for a happy or fortunate man, from Middle English seely ‘happy’, ‘fortunate’ + man, German Mann ‘man’.2 English: from the Middle English female personal name Seely ( see Seeley 1), or of the nickname Sele ( see Seal 4) + man ‘servant’, hence an occupational name for a servant employed by a bearer of either of these names.3 Jewish (Ashkenazic): from the Yiddish personal name Zelman, a pet form of Zalmen ( see Salmon ).