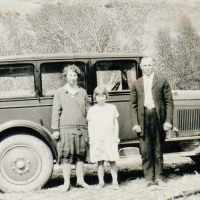 1 Northern English (Lancashire and Yorkshire): pet form (with the Middle English diminutive suffix -kin) of May 2.2 Northern English: nickname for an effeminate man, from Middle English maid(en) ‘girl’, ‘young woman’ ( see Maiden ) + the diminutive suffix -kin. It is possible, but unlikely, that it may also have been of more literal application as an occupational name for a female servant.3 Dutch: from a pet form of the Germanic name Macco ( see Mack 2 and 3).