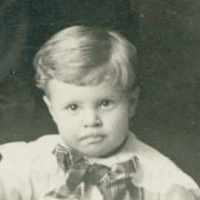 Put your face in a costume from Leroy James's homelands.

I was born May 9, 1926 at Filer, Idaho. My parents were Everett Price Clay and Pansy Mignonette Owens. I was the second child and second son. My older brother was named Gordon. My father was en …