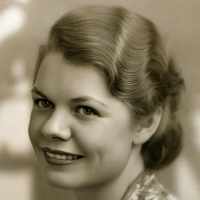 Put your face in a costume from Norma's homelands.

The Neutrality Acts were passed in response to the growing conflicts in Europe and Asia during the time leading up to World War II. The primary purpose was so the US wouldn't engage in any more foreign conflicts. Most of the Acts were repealed in 1941 when the Japanese attacked Pearl Harbor.
Scottish and northern English: very common patronymic from the personal name Ander(s), a northern Middle English form of Andrew . See also Andreas . The frequency of the surname in Scotland is attributable, at least in part, to the fact that St. Andrew is the patron saint of Scotland, so the personal name has long enjoyed great popularity there. Legend has it that the saint's relics were taken to Scotland in the 4th century by a certain St. Regulus. The surname was brought independently to North America by many different bearers and was particularly common among 18th-century Scotch-Irish settlers in PA and VA. In the United States, it has absorbed many cognate or likesounding names in other European languages, notably Swedish Andersson , Norwegian and Danish Andersen , but also Ukrainian Andreychyn, Hungarian Andrásfi, etc.