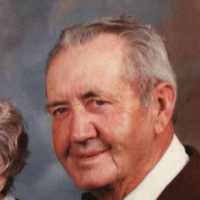 The Life Summary of Cohn Wilbur

When Cohn Wilbur Allred was born on 6 July 1909, in Blackfoot, Bingham, Idaho, United States, his father, Orville Albert Allred, was 31 and his mother, Zelma Ann Patten, was 24. He married Alice Johnson on 23 January 1934, in Colonia Juárez, Casas Grandes, Chihuahua, Mexico. They were the parents of at least 1 son and 1 daughter. He died on 17 December 1987, in Port Neches, Jefferson, Texas, United States, at the age of 78, and was buried in Fillmore, Millard, Utah, United States.

Put your face in a costume from Cohn Wilbur's homelands.

Mexico's 100 years of independence celebrated. Seventh reelection of Díaz. Madero's Plan of San Luis Potosí. Rebellion breaks out in north and in Puebla.