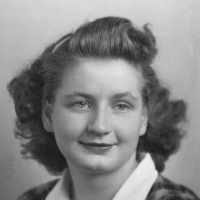 The Life of Gladys Alice

Put your face in a costume from Gladys Alice's homelands.

Like the Daughters of Utah Pioneers, The National Society of the Sons of Utah Pioneers is an organization dedicated to preserving the legacy and studying the history of the Latter-day Saints Pioneers of Utah and the West. The organization is open to All good men of every age and circumstance who have an interest in the early Utah Pioneers. It is not necessary to have pioneer ancestry to join.
1948 · The Beginning of the Cold War

English: topographic name for someone who lived by a source of clear drinking water, from Middle English fresch ‘fresh’, ‘not salty’ (Old French freis, of Germanic origin). There is a place of this name on the Isle of Wight (named from Old English fersc ‘fresh’ + wæter ‘water’), which may also be a source of the surname.