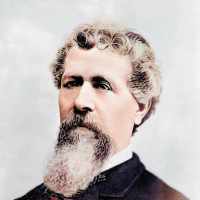 The Life Summary of John Paternoster

Put your face in a costume from John Paternoster's homelands.

History of Utah By Orson F. Whitney Volume IV - Biographical Page 463 - 466 JOHN PATERNOSTER SQUIRES "SQUIRES' barber shop was one of the landmarks at Salt Lake City in early days and the veteran pro …