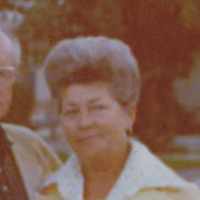 The Life of Cleo Bonnie

Put your face in a costume from Cleo Bonnie's homelands.

The No-Ni-Shee Arch was a temporary archway near the intersection of Main Street and South Temple in downtown Salt Lake City. The archway was built in 1916 for the Wizard of the Wasatch festival. The name No-Ni-Shee was derived from a mythical American Indian Salt Princess. Her tears caused the Great Salt Lake to be salty. The arch was dedicated to her and sprayed with salt water so that salt eventually crystallized on Main Street. The Wizard’s carnivals enlivened Utah’s summers for several years. The last Wizard of the Wasatch carnival was held in 1916, on the eve of World War I.
1939 · Mt. Pleasant's favorite summer get away

The original Mt. Pleasant City Swimming Pool facility was built in 1942 and served the community and surrounding areas for 38 years. In June 1978, the swimming pool utility building was severely damaged when an early morning fire ravaged the roof, office, locker rooms, chlorinator, filters and other equipment. Arson was suspected as the cause of the fire and an investigation was launched. In June 1980, the pool re-opened and that swimming season got underway, but it would be the last year that the pool would be opened. It was officially closed by the city council, labeling it as too dilapidated to fix because of the poor conditions of the facilities.