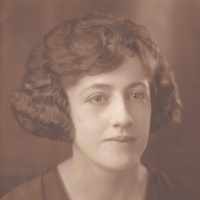 The Life of Edith May

Put your face in a costume from Edith May's homelands.

A law that funded many irrigation and agricultural projects in the western states.
1907 · The Burro Mine

The Burro Mine was a large mining area that produced gold, silver, copper, and other valuable metals. The mine was dissolved involuntarily on November 9, 1974.
1926 · No More Street Cars

Memories of Edith May King by Claudia Lewis Wigington

Aunt Edith was born at the turn of the century. When ever any one talks of Aunt Edith every one always says I love Aunt Edith. She had a bubbly personality and cared about every one around her. She al …