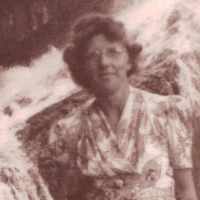 The Life of Gudrun Viola

Put your face in a costume from Gudrun Viola's homelands.

Jeannette Pickering Rankin became the first woman to hold a federal office position in the House of Representatives, and remains the only woman elected to Congress by Montana.
1917 · Murray City Cemetery

The cemetery was purchased by the city from South Cottonwood Ward in August 1917 for the amount of $3,150.
1938 · Murray Theater Opens

Murray Theater opened on October 28, 1938, and was built by Tony Duvall. The opening shows were Alexander's Ragtime Band and Hawaiian Holiday. The white front of the theater was lit by fluorescent lighting with a red vertical sign. The theater also screened blockbuster Hollywood movies such as Gone with the Wind and The Wizard of Oz.

Dutch, German, and Jewish (Ashkenazic): from Middle Dutch, Middle High German hase, German Hase ‘hare’, hence a nickname for a swift runner or a timorous or confused person, but in some cases perhaps a habitational name from a house distinguished by the sign of a hare. As a Jewish name it can also be an ornamental name or one of names selected at random from vocabulary words by government officials when surnames became compulsory.