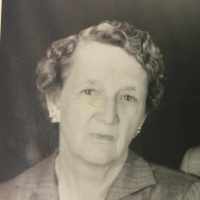 The Life Summary of Tacy Johanna

Put your face in a costume from Tacy Johanna's homelands.

Tacy Irons Bracken My life story written by Tacy In the southeastern part of the city of Nephi, Juab County, Utah, I Tacy Johanna Irons, was born the 3rd of May, 1895, the seventh in a family of nine …