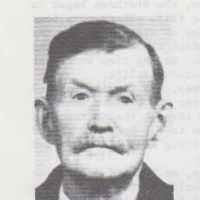 The Life Summary of Archibald Walter

Put your face in a costume from Archibald Walter's homelands.

Scottish (western Scotland): habitational name from Buchanan in Stirlingshire, perhaps named with Gaelic buth chanain ‘house of the canon’.Irish: adopted for Ó Buadhachanáin, see Bohannon .History: This is the name of a Scottish clan associated with lands on the eastern shores of Loch Lomond and in the Lennox. — The name Buchanan was brought independently to North America from Scotland by several different bearers in the 17th and 18th centuries. George Buchanan came to MD in 1698. — James Buchanan (1791–1868), 15th President of the US (1857–61), was born near Mercersburg, PA, the son of a successful land speculator and store keeper, who had emigrated to PA from Scotland in 1783.

I have always been proud of my pioneer heritage. It is so interesting to read the histories and journals of those dear progenitors and learn of their conversions to the Church, their persecutions from …