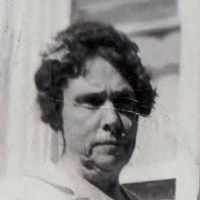 Born 1857 Died 1944 Compiled By E. McClain Barrus PREFACE Elizabeth Bird McBride played a vital part in the affairs of a large and noble family. She was foreordained to be an ancestor of choi …