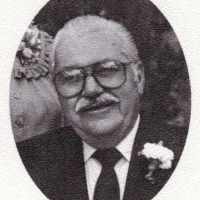 The Life of Harold James

Put your face in a costume from Harold James's homelands.

The American Can Company of Utah Building Complex was built downtown Ogden on 20th and Lincoln Ave. It employed over 450 people and produced millions of cans of food from crops of local farmers. It was closed in 1979 but was added as a Historic Place in 2005 to the National Register. It has also become a headquarters for Amer Sports.
1916 · The First woman elected into the US Congress

Jeannette Pickering Rankin became the first woman to hold a federal office position in the House of Representatives, and remains the only woman elected to Congress by Montana.
1933 · Lone Cedar Tree Monument

English: regional name for someone from the county of Cheshire in northwestern England, the name of which is recorded in Domesday Book as Cestrescire, from the name of the county seat, Chester , + Old English scīr ‘district’, ‘division’.