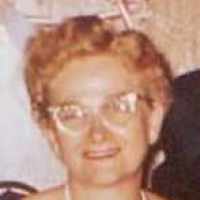 The Life of Elizabeth Alma

Put your face in a costume from Elizabeth Alma's homelands.

The Logan Library was created to serve the fifty thousand citizens of Logan with the access of over two hundred thousand items for children, teens, students, and adults to check out and learn from. The library also provides several programs that are popular with the community. The library moved to its current location in 2009 and reached a milestone in items checked out in 2012, at over 1 million.
1939 · The Famous Hermitage Hotel Burns Down

Jewish (Ashkenazic): nickname or topographic name for someone who lived in a village, German Dorf.

According to my mom, Betty also had a daughter after my mom, Jill. She was stillborn.