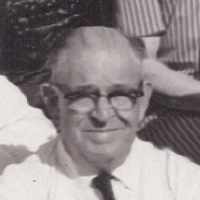 The Life of Roland Hubert

Put your face in a costume from Roland Hubert's homelands.

A law that funded many irrigation and agricultural projects in the western states.
1909 · Garden of the Gods Park

In 1879, railroad tycoon, Charles Elliott Perkins bought 240 acres whrere The Garden of the Gods is located, and planned to use it as a summer home. Perkins died in 1907 before he could establish it as a public park. Perkin's children donated the now 480 acres to the city of Colorado Springs, to become a public park.
1921 · Flash floods kill 1500

Probably a variant of English or Irish Seward .

Grandpa was a hard worker, grandma said that when she ran away and got married, it was the first time she had ever seen him cry. She adored her father and he was very protective of her.