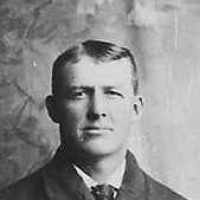 The Life of David John

Put your face in a costume from David John's homelands.

Written in 1938 I was born 21 November, 1866 in Smithfield, Utah, the son of Hannah Riches Weekes and David Weekes. My brothers and sisters are Mary Ann, Maggie, then myself, Joseph next, and Ed …