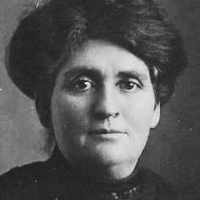 The Life of Fannie Frances

Put your face in a costume from Fannie Frances's homelands.

Caused by many crimes and breaking the Tenure of Office Act, Many Senators and House Representatives became angry with President Johnson and began discussions of his Impeachment. After a special session of Congress, the Articles of Impeachment were approved by the House and then the Senate. Making Andrew Johnson the first President to be Impeached.
1879

The Discouraged Woman from the Old Country

Sorrow was never far from the thoughts of Lydia Abilona (“Abbie”) Scholes. As president of the Logan 7th Ward Relief Society, her duty was to assist the bishop of the ward in watching over the flock, …