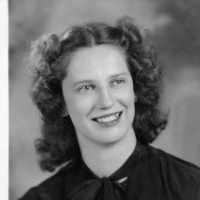 The Life of Valeska Mildred

Put your face in a costume from Valeska Mildred's homelands.

English:1. status name for a steward or official, Middle English bail(l)i (Old French baillis, from Late Latin baiulivus, an adjectival derivative of baiulus ‘attendant’, ‘carrier’ ‘porter’). 2. topographic name for someone who lived by the outer wall of a castle, Middle English bail(l)y, baile ‘outer courtyard of a castle’, from Old French bail(le) ‘enclosure’, a derivative of bailer ‘to enclose’, a word of unknown origin. This term became a place name in its own right, denoting a district beside a fortification or wall, as in the case of the Old Bailey in London, which formed part of the early medieval outer wall of the city. 3. habitational name from Bailey in Lancashire, named with Old English beg ‘berry’ + lēah ‘woodland clearing’. 4. Anglicized form of French Bailly .

Mother was an amazing person! She placed her family above all else in her life. Mother would do anything!! for us. She was a talented seamstress and because of that we were well dressed on a low bu …