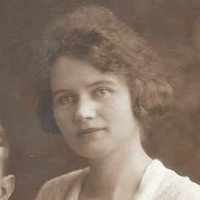 The Life Summary of Elnora Juliett

Put your face in a costume from Elnora Juliett's homelands.

In 1949, word circulated among Mormon academics that BYU president Howard McDonald had resigned from office. Ray J. Davis, head of the biology department at Idaho State College, decided to throw his h …