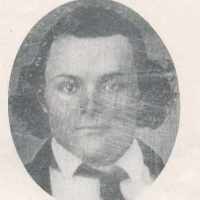 The Life Summary of Austin Greeley

Put your face in a costume from Austin Greeley's homelands.

As told by Robert Dyer Green, son. Austin stood 6 ft 2 in and his weight was 200 lbs or better. His hair and eyes were black. When he walked down the street with his two wives, he looked more like …