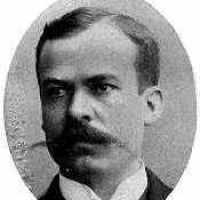 The Life Summary of Homer Frederick

Put your face in a costume from Homer Frederick's homelands.

What Part My Parents, Or Ancestors Have Taken In Temple Building or Temple Service

WHAT PART MY PARENTS, OR ANCESTORS HAVE TAKEN IN TEMPLE BUILDING OR TEMPLE SERVICE............as recorded by Clifford Miller So far as I know, or have record of, my great grandfather Martin Bushman …