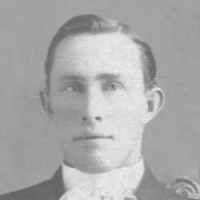 The Life of James Arthur

When James Arthur Meldrum was born on 16 October 1875, in Provo, Utah, Utah, United States, his father, David Meldrum, was 24 and his mother, Deseret Elizabeth Hooks, was 21. He married Beatrice Naylor on 19 December 1900, in Salt Lake City, Salt Lake, Utah, United States. They were the parents of at least 5 sons and 3 daughters. He lived in Medicine Hat, Cypress, Alberta, Canada in 1911 and World for about 5 years. He died on 4 May 1938, in Magrath, Cardston, Alberta, Canada, at the age of 62, and was buried in Magrath, Cardston, Alberta, Canada.

Put your face in a costume from James Arthur's homelands.

An armed conflict between the Lakota, Northern Cheyenne, and Arapaho tribes and the 7th Cavalry of the US Army. The battle was the most significant action of the Great Sioux War of 1876.
1894 · The Genealogical Society of Utah is formed.

In this Family Search site - under the "Search" tab, you can search "books". Then in the "books" you can search "David Meldrum Sr. Family Histories" and you can read a beautiful 81 page history of: …