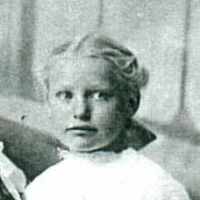 In 1879, railroad tycoon, Charles Elliott Perkins bought 240 acres whrere The Garden of the Gods is located, and planned to use it as a summer home. Perkins died in 1907 before he could establish it as a public park. Perkin's children donated the now 480 acres to the city of Colorado Springs, to become a public park.
1929

English: (i) locative name from Shawcroft in Goostrey (Cheshire). (ii) perhaps sometimes confused with, and so a late variant of, Chalcraft .