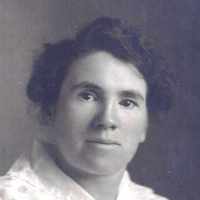 The Life of Sarah Mae

Put your face in a costume from Sarah Mae's homelands.

The country was in great economic distress in mid-1877, which caused many workers of the Railroad to come together and began the first national strike in the United States. Crowds gathered in Chicago in extreme number to be a part of the strike which was later named the Great Railroad Strike. Shortly after the strike began, the battle was fought between the authorities and many of the strikers. The conflict escalated to violence and quickly each side turned bloody.
1892 · The Chicago Canal

1 English: from the Middle English personal name Edun, Old English Ēadhūn, composed of the elements ēad ‘prosperity’, ‘wealth’ + hūn ‘bear-cub’.2 English: habitational name from Castle Eden or Eden Burn in County Durham, both of which derive from a British river name perhaps meaning ‘water’, recorded by the Greek geographer Ptolemy in the 2nd century ad in the form Ituna.3 German: habitational name any of several places, mainly in Bavaria and Austria, so named from Middle High German oede ‘wasteland’ + the dative suffix -n.