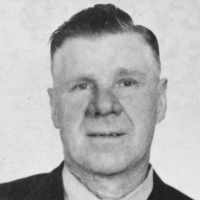 This Act tried to prevent the raising of prices by restricting trade. The purpose of the Act was to preserve a competitive marketplace to protect consumers from abuse.
1912 · The Girl Scouts

Probably a variant of Dutch Hoop 1.

Benjamin Hoopes and Mary Fifield Benjamin Hoopes was born September 29, 1889, at Riverdale, Bear Lake County, Idaho. He was the fourth child in a family of ten children. His parents were Harlo …