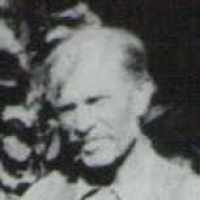 The Life of John Elmer

Put your face in a costume from John Elmer's homelands.

Garfield was shot twice by Charles J. Guitea at Railroad Station in Washington, D.C. on July 2, 1881. After eleven weeks of intensive and other care Garfield died in Elberon, New Jersey, the second of four presidents to be assassinated, following Abraham Lincoln.
1895

English: habitational name from any of the various places, in Derbyshire, Northamptonshire, and Devon, named with Old English hǣð ‘heathland’, ‘heather’ + dūn ‘hill’, or from Haddon in Cambridgeshire, which is probably named from the Old English personal name Headda + dūn.