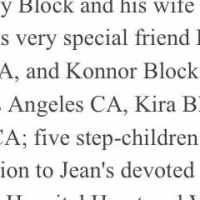 The Life of Jean

Put your face in a costume from Jean's homelands.

To end World War I, President Wilson created a list of principles to be used as negotiations for peace among the nations. Known as The Fourteen Points, the principles were outlined in a speech on war aimed toward the idea of peace but most of the Allied forces were skeptical of this Wilsonian idealism.
1919 · Minimum Wage Laws Passed

The first minimum wage law took effect in 1919 and specified women and children under 17 years of age should be paid 22 cents per hour.
1942 · The Japanese American internment