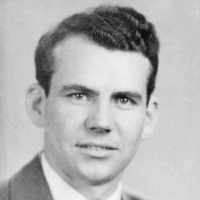 The Life of Byron Leon

Put your face in a costume from Byron Leon's homelands.

President Warren G. Harding's visited Utah as part of a broader tour of the western United States designed to bring him closer to the people and their conditions. After Speaking at Liberty Park, the president went to the Hotel Utah where he met with President Heber J. Grant and talked to him about the history of the church.
1946 · The Logan-Cache Airport

From a grandsons eyes

So many things come to mind when I think of Grandpa. first is his love for ice cream and how I always knew to look in the freezer and would find a couple buckets of it. Next was his love for sports I …